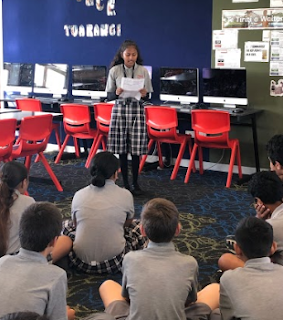 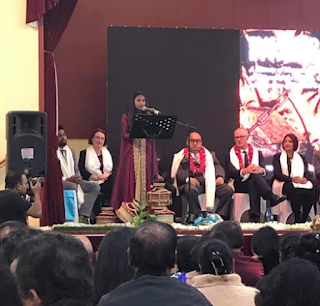 On Friday 10th May I gave a speech at the Fiji Girmit foundation NZ gathering. Girmit is the time when people from India were taken in boats to Fiji to do sugarcane farming. The word girmit comes from the word agreement. This year it is 140 years of indians in Fiji so The Fiji Girmit Foundation of NZ organised an event to honor our girmit ancestors.  I said a speech in front of more then 500 people. I was a bit nervous before going on stage but when it was my turn I just went on stage and said it. I was very proud of myself and so were my parents and the people who were there. I met a lot of people there. Everyone said that I am a very confident speaker. The chief guest for the event was Rt Honorable Sir Anand Satayanand. I was given the opportunity to garland him. I heard in the speeches that he was the Governer General in New Zealand from 2006 to 2011. A googled what a Governor General is and I found out that he is a powerful person who reports to the queen. I also met Phoenix striker, the famous Roy Krishna who was at the event to receive an award.

It was an interesting evening for me. I saw a lot of Ministers and also learnt more about my ancestors and their history. I am now interested to learn more and plan to do some research on my roots.
Posted by Robyn Anderson at 5:53 pm