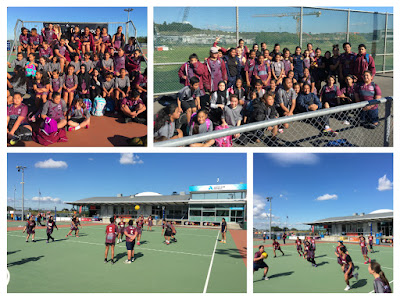 On Wednesday we had our interschool netball tournament. Everyone had a lot of fun playing with each other, even though some were still learning how to play netball. Year 7&8 had two teams, Panmure Bridge 1 and Panmure Bridge 2. Our Year 5&6 had the same. In our team we played against Point England 1. Unluckily we lost but we tried our best and worked as a team. Our second game was against Glen Taylor. We were leading in the first half but then the second half we lost by 1 point, at least we strived to achieve. Our third game was against Point England 2. We were getting better and better in each game, but unfortunately we lost by 1 point. In our final game we went against PBS 2 and we won our game. Everyone had fun and enjoyed playing with each other and working as a team. Thank you to our coaches/umpires from Otahuhu College. We really appreciated the effort that you guys have put in into us. Also thank you to Mr Ogilvie and Mrs Naicker also Mrs Emma for supporting us and coming to watch our game we all had fun.

Posted by Robyn Anderson at 6:05 pm