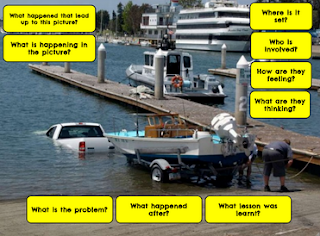 It was a lovely summers day on Saturday morning, just the right day to go fishing! Bob was on his way to the nearest wharf, which was in Panmure.  He was so excited to catch a nice size snapper, and enjoy the peaceful vibe of being out in the sea.
“Finally” he sighed, we are here!  He hopped out of his car but forgot to put the handbrake on, not knowing there was a small hill.  As he attempted to gather his gear out of the boat, the car decided it would roll down the small but very steep hill leading it into the welcoming water.  “This is a disaster” Bob thought to himself! FUMING with frustration as the unpleasant the wharf was laughing at him as it stole his car.