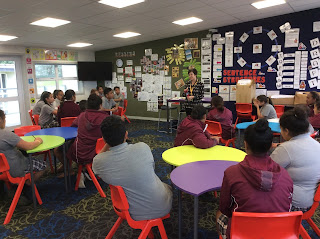 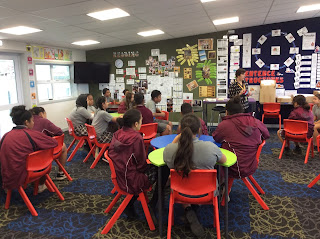 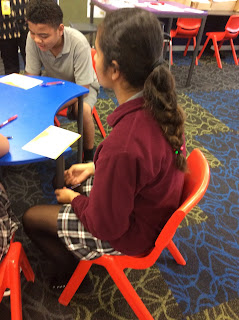 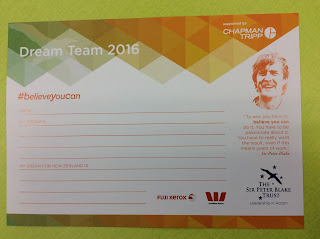 Yesterday  Lynne Le Gros from Spark, came in our school teaching us about leadership.
Why was she talking about leadership? Well, one of the reasons why is because it was leadership week, and who better to talk about on leadership day, than Sir Peter Blake. If you don't know who that is, he was a sailor who won in the 1989 to 1997 race around the world. He had the fastest time, so he made New Zealand very proud. Sadly, one day his ship was attacked by pirates and was murdered. He is a great example of a leader because he believed in himself. After her speech on Sir Peter Blake, Lynne gave us a piece of paper and told us to right down who we look up to as a role model and why. After that she gave us a card (picture above) to write down what we wanted to be when we got older and what our dream for NZ would be.
Posted by Robyn Anderson at 7:24 pm