As the train whistle blew at 7.20am, Ted told the publican to not touch his drink as he will return. Killed in action in WW2, he never came back. Today the unopened bottle of Ballins 4x remains behind the counter in a glass case. The 76 poppies laid around it, one for every ANZAC day since Private La Tour Mollet (Ted) d’Auvergne left it behind. The bottle in the Waihao Forkes bar in Waimate is now recognised as an official NZ war memorial. 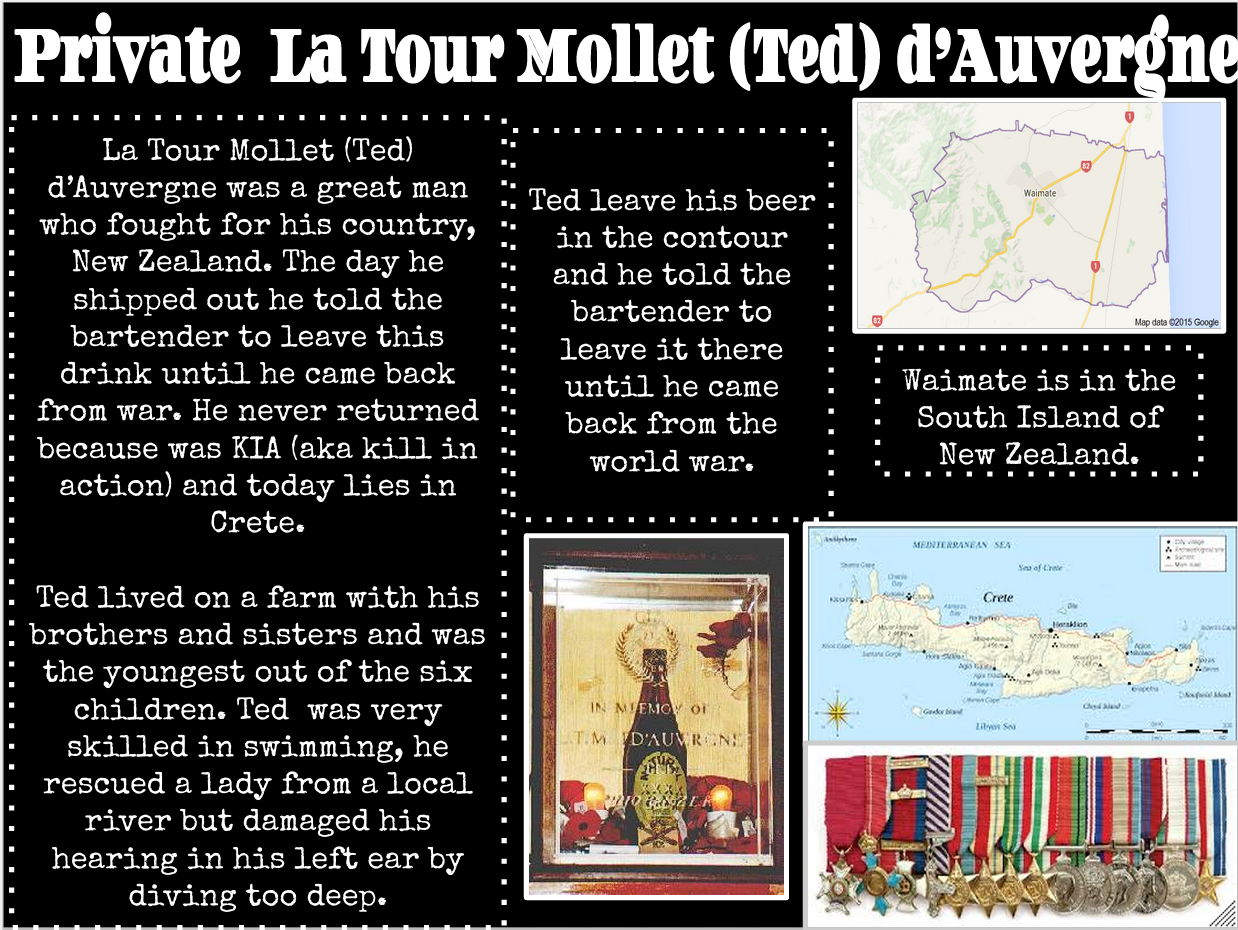 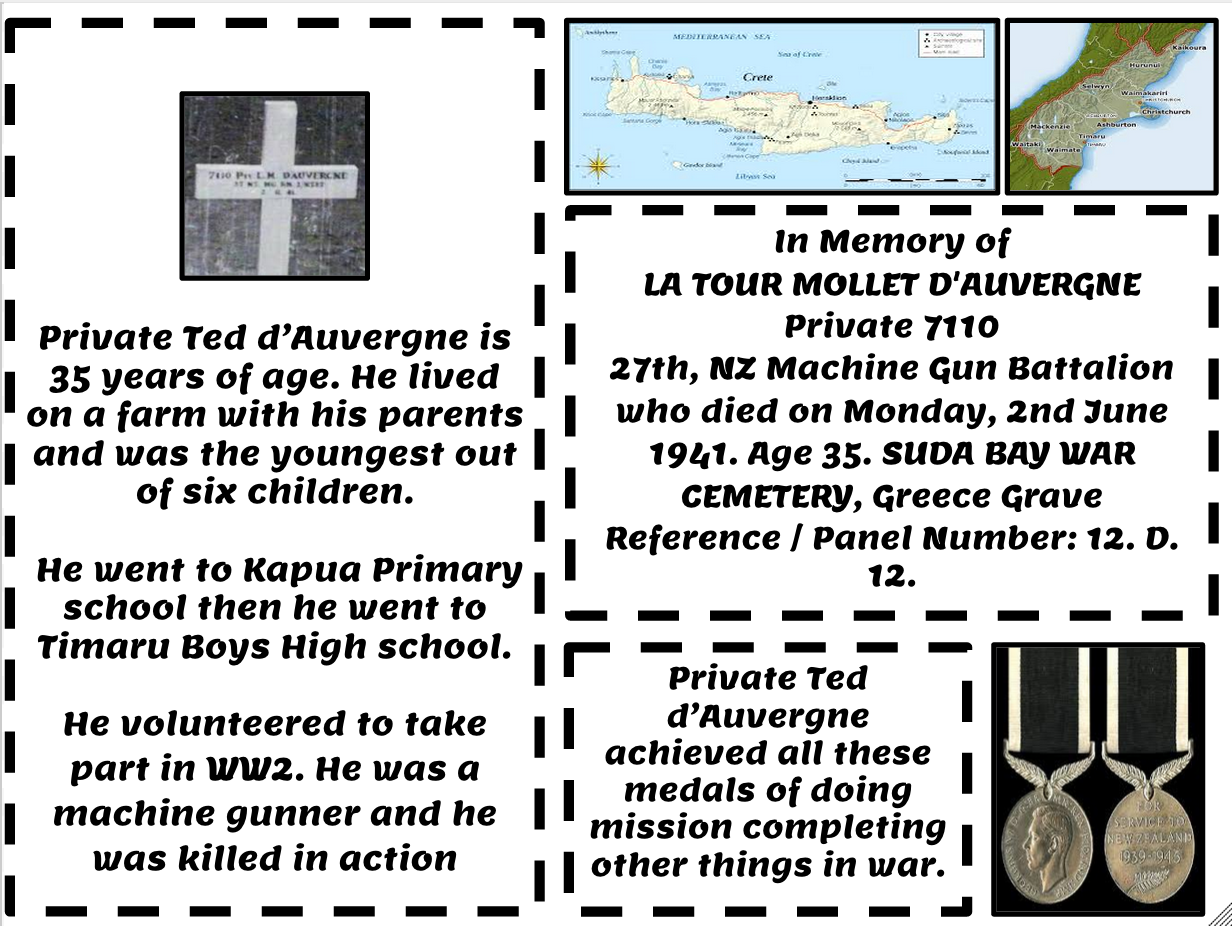 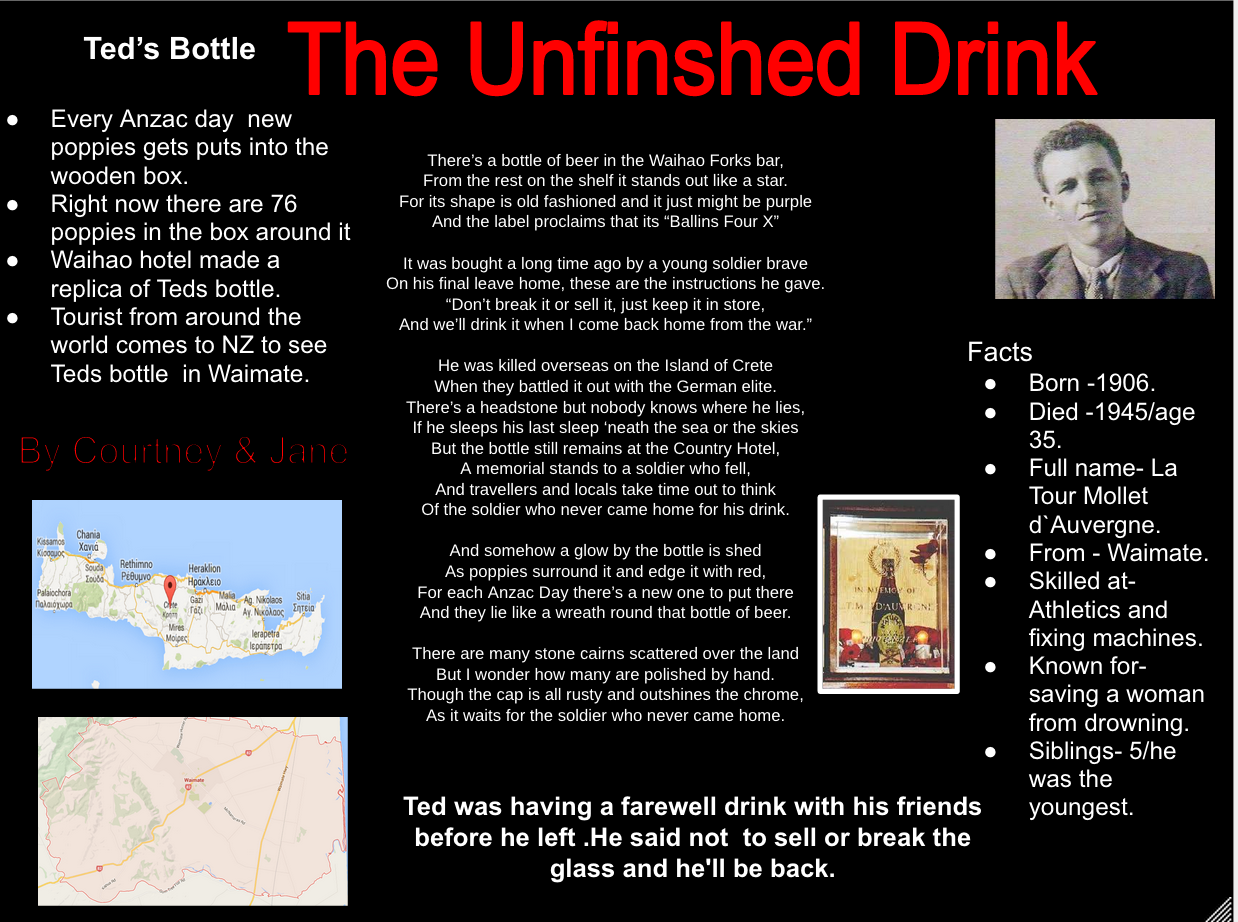 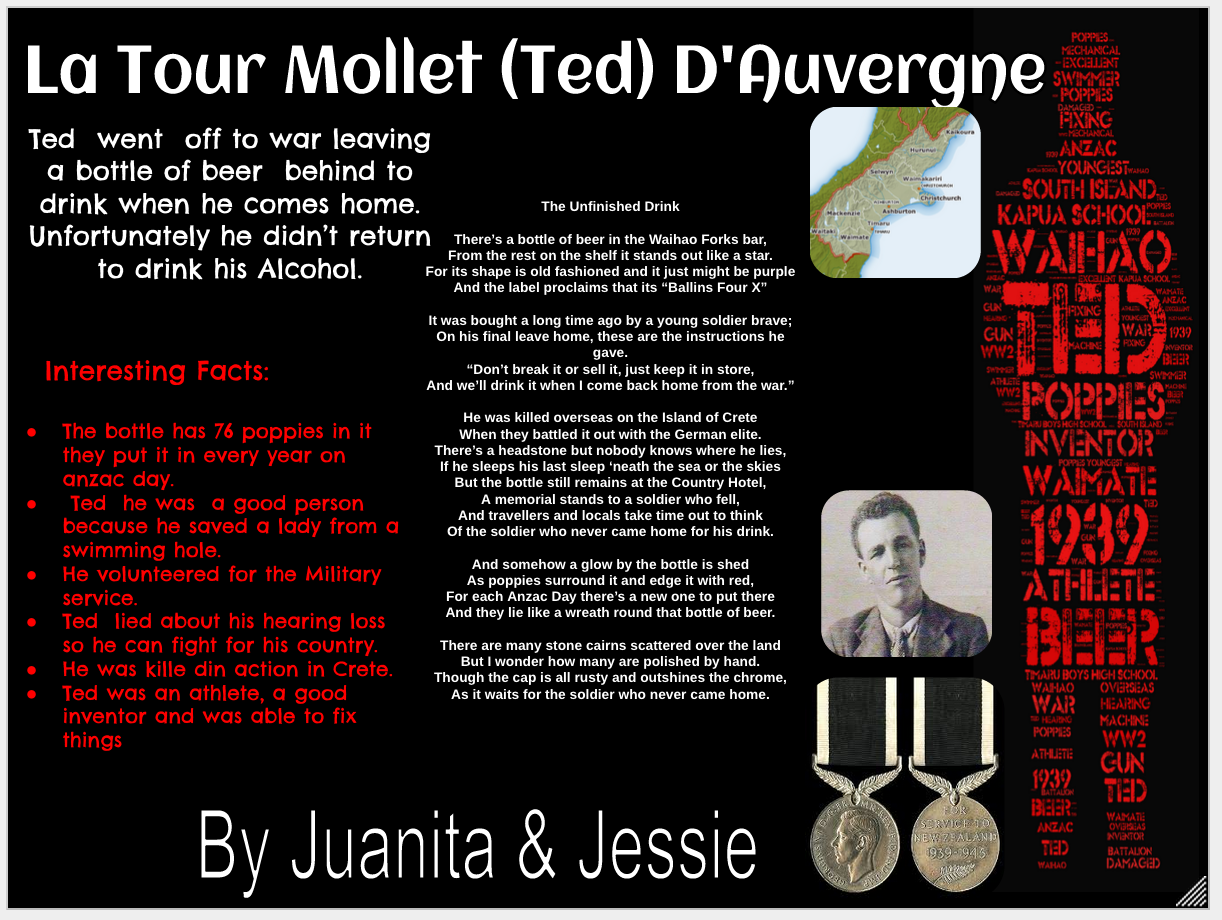 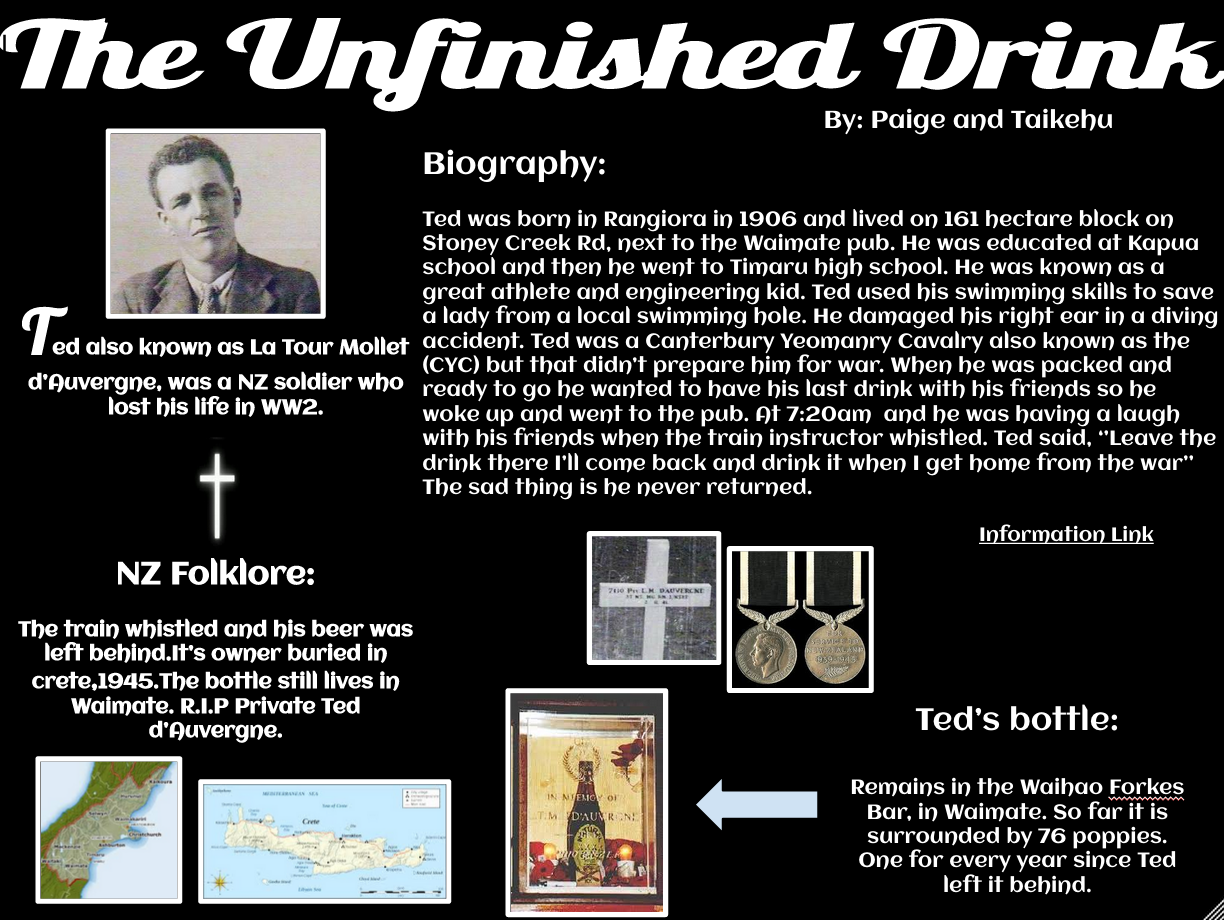 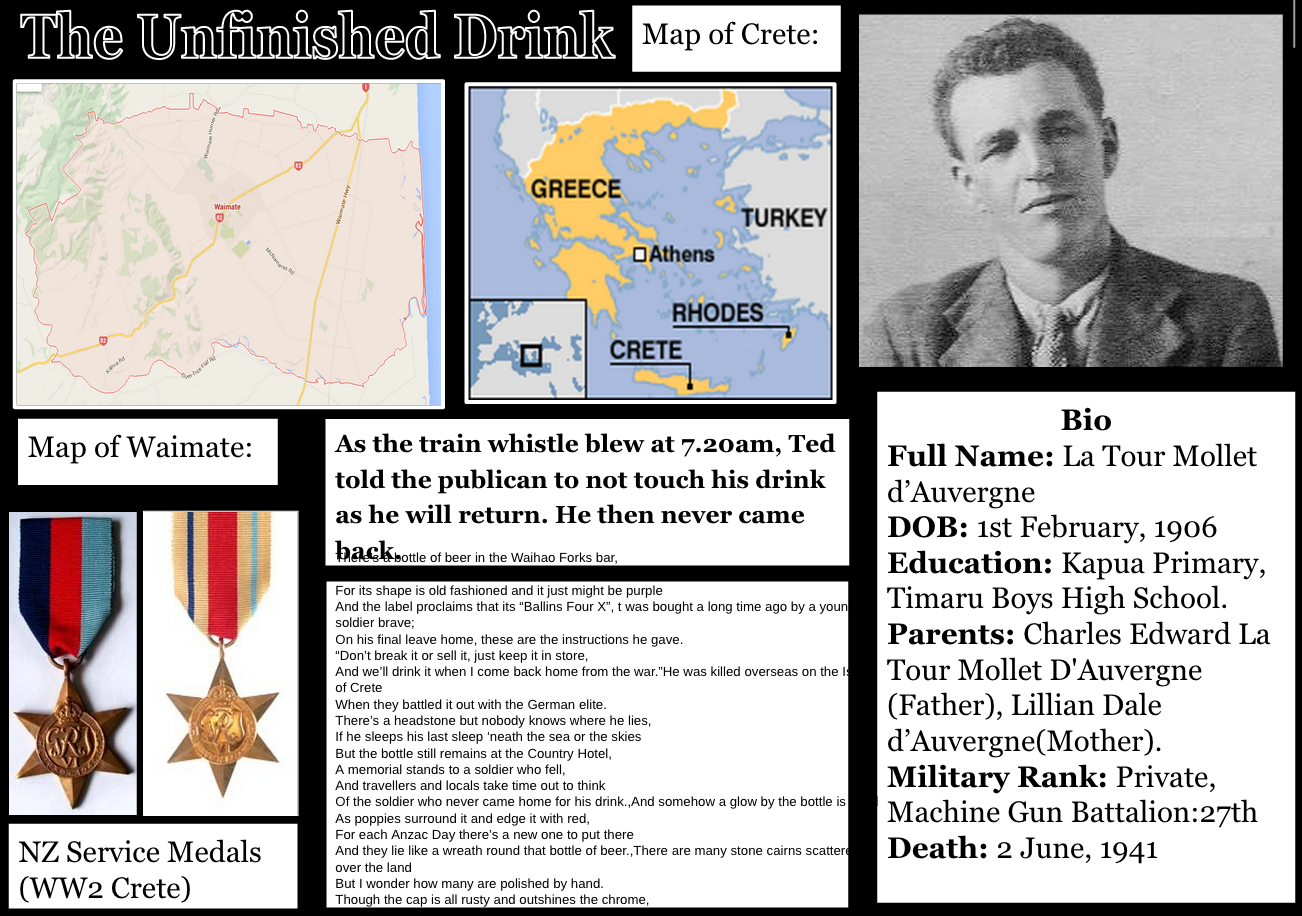 Posted by Robyn Anderson at 8:49 pm